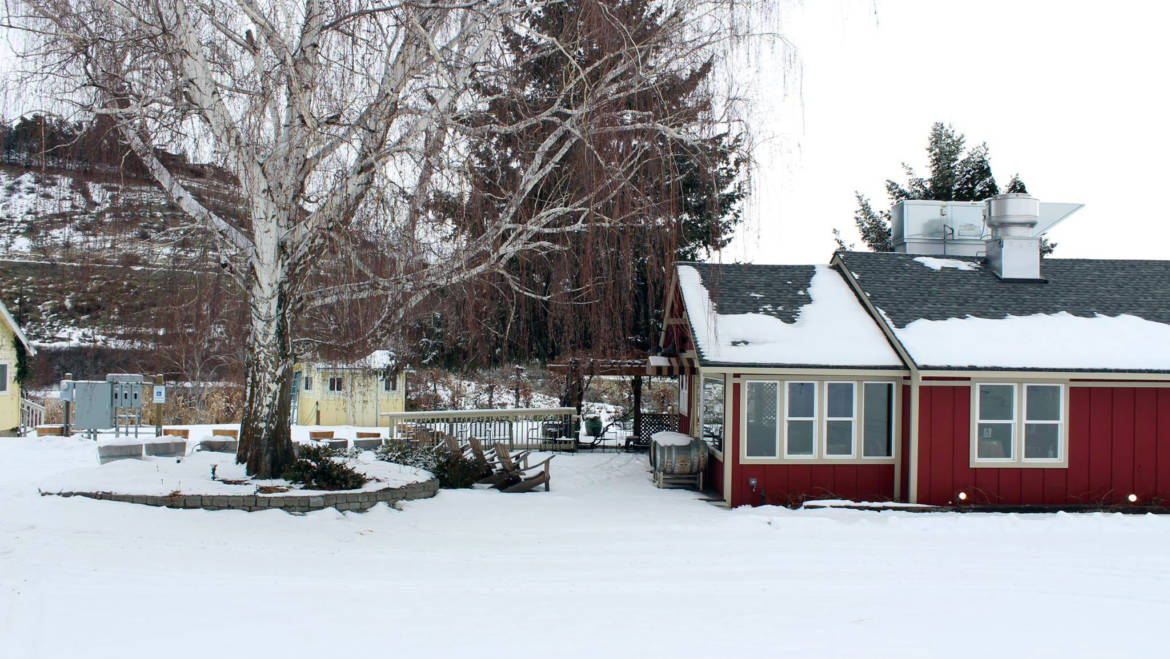 In 2001, Michaela Markusson and I climbed out of a realtor’s car into a tired apple orchard served by a 1920’s home long in need of repair and a couple of sheds with dim daylight peeking through the gaps in the siding.  It was winter, the trees were barren and leafless, the dirt driveway and parking lot were brown and dusty, and the damned winter inversion was casting a grey pall over everything.  Michaela remembers being duly unimpressed.  I failed to notice my girlfriend’s lack of enthusiasm.  Starry-eyed guys with a big idea can be like that.  Practicality, reason, caution, sound advice from a smart girlfriend – they are all like water falling on a granite boulder.  In the long run they may wear it down, but in the short run they have little ability to budge the immutable stone.

And was I ever starry-eyed.  I took a walk around the 20 acre parcel, looking out over the amazing views the property commanded of the lower end of the lake and the City of Chelan.  I had not done any research on the wine business, knew nothing about vineyards, and only had a hobbyist’s grasp of winemaking.  But I turned to Mic and said.  “I’m going to buy this land, plant grapes, and build a winery.”

The sale closed March of 2002.  In April we began planting 7 acres of grapes.  In May we began remodeling the Orchard sheds into winery production space.  In August, we held a vineyard dedication.  __ people came and signed our dedication framing.  I contracted to buy 22 tons of grapes, and in September of that year we began making wine, assisted by Ron Ventimiglia (of Chelan’s Ventimiglia Cellars), another hobbyist winemaker who was equally as starry-eyed as me. For a couple amateur winemakers we did pretty good that first year.  We learned professional winemaking on the fly.  Admittedly, a couple of the wines that year were clunkers.   But two years later Michaela and I took our 2002 Columbia Valley Syrah to the Capitol City Wine and Food Fest – and entered it in our first competition ever.  In a judging by the WinePress NW staff we were awarded “Best in Show!”

We had other successes along the way.  In those first few years we won too many Gold, Double Gold and Platinum awards to remember now.  Our 2003 Barrel Select Cabernet Franc was chosen by WinePress NW as the top wine in the Northwest.  And in 2010, Winepress NW recognized our contribution to the Chelan and Washington Wine Industry by naming us the Pacific Northwest Winery of the year.

In selecting Vin du Lac as winery of the year, Winepress NW noted several factors.  They recognized our early success with quality and also our early leadership in building the Chelan wine industry.  And they also noted that we were one of the first wineries in Washington to make food an integral part of the winery experience.  That seemed natural to me, as wine was something I experienced at dinner growing up. It wasn’t just a social lubricant like beer and cocktails.  No, we served it with food.  So from the get go, we had food at Vin du Lac.  At first it was just charcuterie and cheeses, and Jambon sandwiches made by my mother on beautiful French baguettes we sourced from Anjou Bakery in Cashmere.  Soon we added lunch, and eventually began a full dinner service. The Bistro has been a mixed blessing.  At times it’s left me more star-crossed than starry-eyed.   With staffing challenges, including multiple chefs storming off the job mid-season, I’ve learned that the restaurant business is way harder than the wine business!

Not that the wine business is easy, though!  We took a shot at building a regional and national sales presence beginning in 2008, and got hammered the next few years by the great recession, shakeout and consolidation in the distribution business, and the introduction of liquor to broad retail in Washington, with the resultant loss of shelf space previously available to wine.  Most of the small distributors we were doing business with across the country went out of business – owing us money.  Ouch!

We ended up with a lot of excess inventory, and we became reliant on discounters like Costco and even Walmart to clear out the back stock.  We’ve been selling wine at less than cost for years now.  It’s been great for customers, if not so great for our bottom line.

In business though, I do think there is truth in the maxim that what does not kill you makes you stronger.  Failure drives innovation, or at least sounder business practices, hopefully.

So we’ve abandoned the drive to be a wholesale powerhouse.  We’re back to making a handful of wines for the Tasting Room and Wine Club, with only limited distribution to a few shops and restaurants.  I’ve sold off some of the winery excess acreage, paring it down from 35 to a more manageable 14 acres.  We upgraded the Bistro kitchen with a major remodel in 2015, to give our staff a better, more professional working environment, and we’ve brought stability to the Bistro program, with 2 years of steady growth under Chef Joseph, and continued stability and focus on quality under our current Chef, Steve Morgan.  We’ve gone back to our original menu focus of French-inspired Northwest fresh cuisine, and have shifted over an acre of the Winery grounds into garden production to supply the Bistro with the freshest produce possible.

I’m feeling starry-eyed again.  We have 14 acres of beautiful view property which we are going to keep improving until it’s a beautiful, walkable park of vines, trees, and gardens.  We’re going to focus on making a small number of truly special wines, with a special focus on Lake Chelan area fruit.  We’re going to keep building the freshness, quality and creativity of our dishes in the Bistro.  And I personally am going to spend a lot of Saturday nights on the patio with good friends and customers, looking over the lake, listening to great local bands, and having some great food and wine! 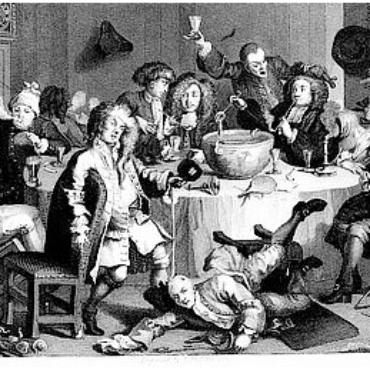 HOW MUCH SHOULD YOU BE DRINKING?

Disclaimer: In accordance with federal, state, and local laws, Vin Du Lac Winery does not market to or ship alcohol to minors. You must be 21 years of age or older to purchase alcohol in our online store. An adult signature, along with age verification, is required upon receipt of delivery.

Sign up for our newsletter!
You can login using your social profile
Problem with login?